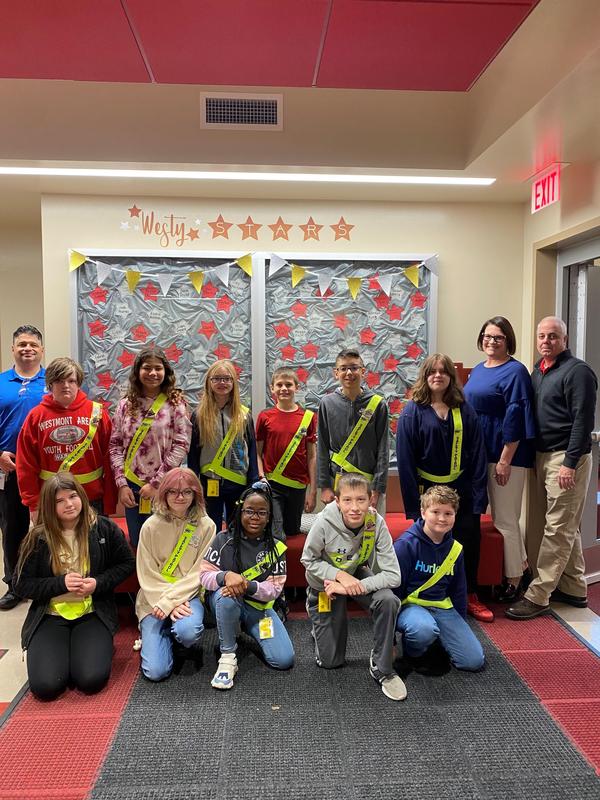 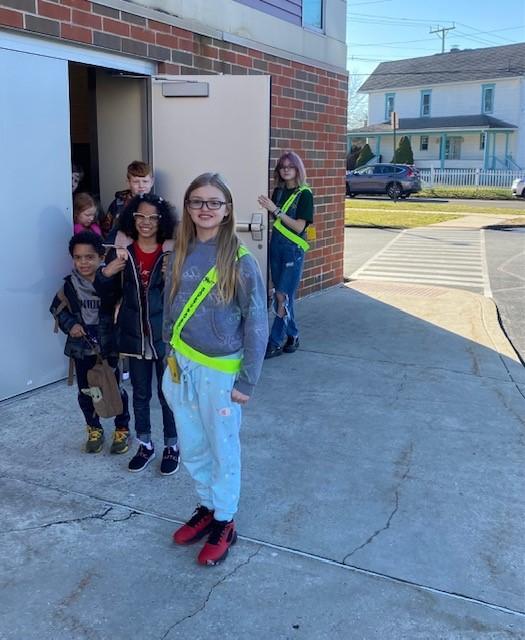 School safety is everyone’s responsibility.  Thanks to a dedicated group of staff and student volunteers, Westmont Hilltop Elementary School has implemented a program this year that combines a new initiative with an updated element from the past to enhance the safety and well-being of our community.  The Westmont Hilltop School District partnered with the National Dropout Prevention Center and IU-08 to provide staff with Trauma Skilled Schools training.  Part of this initiative included staff volunteering to be on a Trauma Lead Team.  One of the team’s tasks is to find ways to improve “connection and belonging” within our school community.  The Student Safety Patrol was an idea suggested by Trauma Lead Team member, Sabrina Henderson, who holds fond memories of her service on her former elementary school’s Safety Patrol.

The idea of a Safety Patrol was suggested to the building principal, Nicole Kuzmiak, who chairs the Trauma Lead Team at the elementary school.  Kuzmiak took the idea to the newly hired School Police Officer, Jason Hunter.  Hunter and Kuzmiak looked at other school districts that were running successful patrol programs for ideas to help them to build a program that fit their needs at WHES.

The two also sought teacher input to identify areas where additional supervision would be appreciated.  After identifying Patrol Posts and creating job descriptions for each location, 6th-grade students were asked to volunteer to serve as Safety Patrols.  Final selections were made by the classroom teachers.  Teachers were encouraged to select students who were not involved in other activities, to improve the feeling of ‘connection and belonging’ within our student body, two pillars within the Trauma Skilled School training.

Patrols are equipped with fluorescent sashes and badges that were donated by the American Automobile Association (AAA).   The Patrols received informational packets and parent permission was obtained prior to a contract being signed and training being provided by Officer Hunter, Mr. Urban (Gittings Security Guard), and Mrs. Kuzmiak.

Being a part of the Safety Patrol is a big responsibility.  A Patroller’s role is to encourage students to observe safety rules.  Patrols can have a significant, positive influence on the students within our building.  Patrollers influence other students both formally; as part of their assigned duties, and informally; as they serve as role models of appropriate behaviors, even when not performing their duties.

Patrols serve at posts during student arrival and dismissal.  They also assist students in kindergarten and 1st grade during breakfast and lunchtime.  The patrols wear their sash/badge all day long and also carry Westy Star tickets to award to students who consistently model Westy Star expectations.